Robin Hood took from the rich and gave to the poor. It became the stuff of legend, books 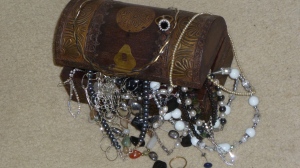 and movies. But it was a reaction to the taxation tactics of King John and the Sheriff of Nottingham. Robin was just trying to be equitable –  to help people who were being treated unfairly and had no power to resist. King John made himself so disliked by his own barons that they revolted and forced him to accept the Magna Carta – which was a guarantee that even kings had to abide by the law, that no-one could lose liberty without fair trial and that property couldn’t be taken away randomly or unjustly.

Some of the principles, distilled from Magna Carta, have become part of national constitutions and common law over the centuries. It is about the right to life, liberty and fairness before the law. It also led eventually to representative government to develop the laws (Chapter 14, Magna Carta) rather than it be by the divine right of kings or the church. Although, in Britain, it took a civil war and the execution of a king to finally establish what has evolved into the current  Houses of Parliament and a democratic process.

Governments need to collect revenue to pay for community services. Equity suggests that tax contribution should be pro rata – both in the capacity to pay and in the benefit received from doing business in the community. That there should be no taxation without representation was derived from a Magna Carta principle. We are represented by our politicians – who may be influenced by people expressing their opinions; lobbying.

The bald arithmetic of revenue collection would suggest that our country’s taxation planners should start with a blank sheet – no tax-free concessions – and add up the grand total of personal and corporate tax. Essentially, if income is made in this country, then the correct rate of taxation is to be paid in this country. The lawmakers make the laws. We elect them to parliament. The rationale for many of the tax concessions comes from lobbying decades ago. Are those rationales still applicable? Given Australia’s extensive history of tax avoidance and loophole ridden tax legislation(quote, VI, section 4, 228), do governments have the social capital to take such a dramatic challenge to the people? Justify your tax-free status with the pub test, for starters

Without concessions, incentive payments, lurks and perks, the country might well have much more revenue than its liabilities for services. (Do the sums, yourself.) Only then, should the planners consider if any concessions are appropriate. Perhaps, the historical tax breaks might no longer be deemed worthy – such exemptions as for global corporations, parliamentary allowances, charities, churches, schools, farmers, miners, superannuation interest, negative gearing, all capital gains etc. Surely the question at least needs to be asked and the cases justified, in the current context. Tax minimisation has become its own industry. The more concessions that are given, the more scope there is for inequity and rorting – because those who have the means will engage in orchestrated lobbying. Without the lobbying of vested interests – it is just arithmetic! Don’t complicate it! Remember Robin Hood and Magna Carta. Just because that is the way it has been, doesn’t mean that is the way it must always be.