Now available on Amazon. eBook on Kindle, Kobo, Nook and others. 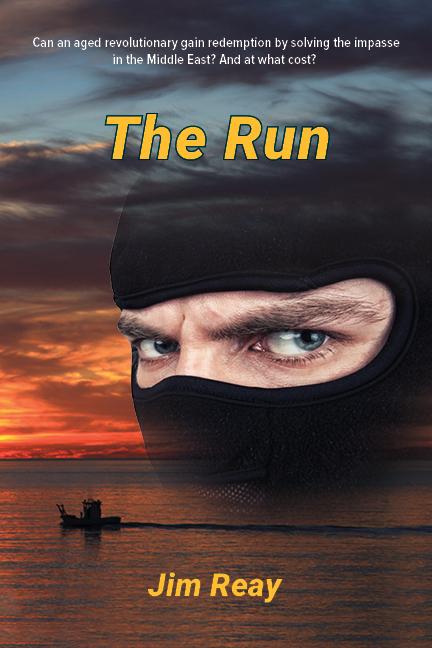 Click here  The Run Sample  to read the first three chapters in a downloadable pdf.

The Irishman’s cheeks have just started to puff into a grin when a female voice screams – once, only the once – from behind him in the darkened beachhead; followed by the loud crack of a single gunshot slicing through the sleepy night. Its echo seems to freeze all life into an eerie silence.Then, as if nothing has happened, the indifferent tramp of steel-tacked waders break the spell, resuming their weary plod up the loose gravel.

What would you do if a revolutionary fighter had offered the key to bring peace to the Middle East, if your father would give him redemption for past sins? That is Emma Jazy’s challenge. It is her father who has taken the call from Padraic Hennessy, a seventy-eight-year-old Irish former revolutionary.

Emma Jazy is a twenty-nine-year-old Swiss agent with IIB, the Netherlands-based International Investigations Bureau, who have a brief to obtain court-admissible evidence in areas where national police and military forces might be restricted by their rules of engagement. Her fellow agent, Sam Hall, is in Cyprus to check out the rumours. Can she and Sam Hall unravel the strands of Mediterranean and Irish history to understand a man like Padraic Hennessy – before more murder and mayhem can break out? The IIB task is to get inside the mind of Hennessy, to sift through the complex fear campaign and unlock the criminal plan. For Emma, it is also personal. Hennessy’s involvement with her family goes back decades, long before her birth. There is a history.

The Run is a thriller mystery which goes inside the psyche of the revolutionary fighter … the willingness and need to kill or die for a cause. Their quest takes them from Ireland to Cyprus, Croatia, Lebanon, Germany and Israel before a gripping climax near Lake Geneva in Switzerland.